A YEAR IN THE LIFE OF A SMALL PUBLISHER

In February 2011 we published Kathleen Herbert's Moon in Leo; that in itself quite an achievement since I received it in a chaotic jumble of over a thousand badly typed pages, just over 6 months before. (Read the full story here)
It is February 2012, and we are about to publish our third book, The Boy with Two Heads, so I am in celebratory mood.

Our covers have been praised for their beauty and elegance and I hope the new cover will appeal too. It is busier and more "modern" looking than the others, but, like them it has its own story. A cover should tell you as much as possible about the content of the book.   (I wrote an earlier post about how some American covers were misleading) Just as with Moon in Leo and Paths of Exile, the images were chosen for their significance as well as for their look. This is what makes cover design so fascinating: sometimes the semiotic aspects war with the aesthetics! When they both come together it's magical. I hope we have got it right with this one- but I am sure you, the readers will tell us- please feel free!

Both background photographs were taken by the author: the picture on the front is of the Panathenaic Stadium in Athens, built in 1896 to house the first modern Olympics. 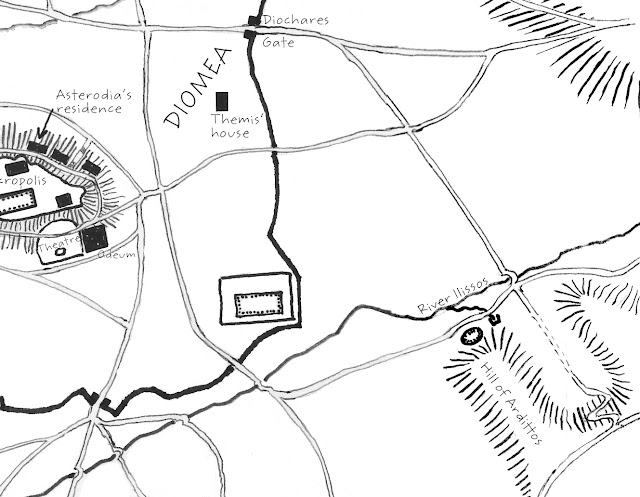 A detail from the map of Ancient Athens. The bridge over the Ilissos (now covered by a modern road) is the spot where both Themis, and over two thousand years later, Suzanne, meet with their accidents. The natural amphitheatre between the hills is the site of the Panathenaic Stadium. In 432 BC, this is where  Athenian youths would practise their sports.

The girl on the cover (our Suzanne) is looking towards the crossing where her accident occurs. The photo on the back of the book is of the crossing itself and the police accident board (a real board, kindly loaned by my local constabulary) is on the exact spot where the accident occurs. The bronze head (our Themis) is of the Youth of Antikythera in the National Archaeological Museum of Athens. When we had problems obtaining permission to use a photo of the statue, Alex, who lives in Athens, stood on tiptoe and held her camera above her head to get the picture we finally used.  Designer Kate worked her magic on it, and finally flipped both heads!

When she turned this- 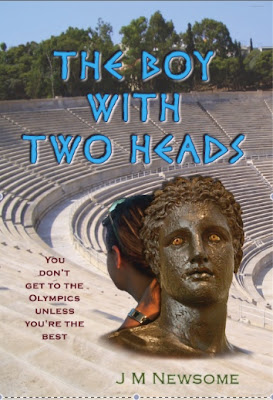 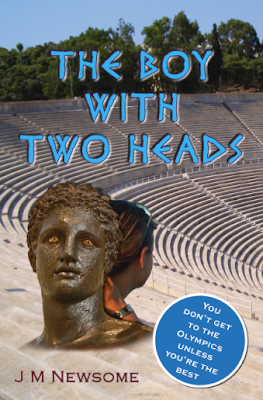 we all three knew it felt right. Don't forget to tell us what you think!