"Ive always loved Kathleen Herbert's work.  Written with sensitivity, passion, and an extraordinarily vivid sense of place, her novels reflect the realities of life in a bygone age while still evoking all of its magic."
Sarah Johnson, author Reading the Past ,  Historical Fiction: A Guide to the Genre, and Historical Fiction II; editor Historical Novels Review

Kathleen Herbert gained a first class degree in English from Oxford, where she was a student of JRR Tolkien. Hearing him lecture on Anglo Saxon and other languages during the time of great upheaval when Rome was subject to waves of attack from Vandals and Goths, awoke her own love of language and history. 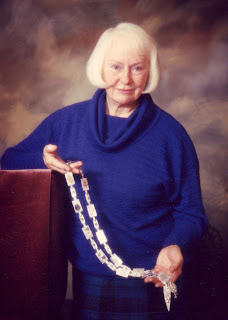 During a teaching career which inspired many with a love of books and writing, she continued her studies, learning Welsh in order to read the Gododdin and the Mabinogion in the original.


When she took early retirement she was able to spend more time studying and writing, and eventually produced three novels and three books of non-fiction all based on what she likes to call the Heroic Age of Britain: between the sixth and seventh centuries BC.


In 1983, her novel Queen of the Lightning  won the Historical Novel Prize awarded annually in memory of Georgette Heyer. Bodley Head also published  the sequel, Ghost in the Sunlight in 1986. At around the same time, the first novel in this trilogy, The Lady of the Fountain was republished as  Bride of the Spear. All three novels are set in Cumbria, Northumbria and the Borders of Scotland, during the period of upheaval and immigration following the withdrawal of Roman troops in the fifth century.


The three novels sold well and were translated into German and French. They were published in paperback by Corgi in 1989. 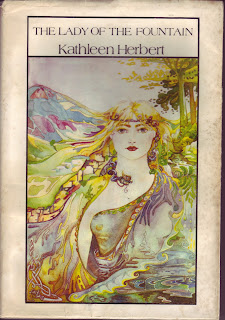 Lady of the Fountain (1982)
aka Bride of the Spear 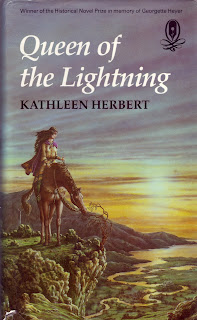 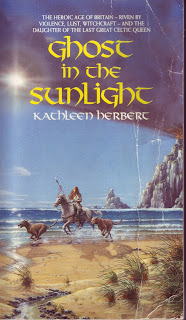 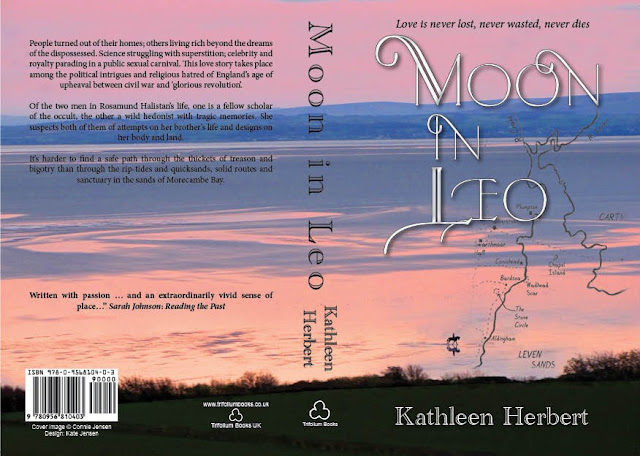 
Following the success of the Cumbrian Trilogy, she concentrated on her scholarly research and produced several volumes on Anglo Saxon history and legend, which are still read and respected by a small but enthusiastic audience. Melvyn Bragg acknowledged one of them, Spellcraft, p Anglo Saxon Books 1993, as a most helpful source in his Afterword to Credo, p Hodder and Stoughton 1996.
From www.fantasticfiction.co.uk:
The author has taken the skeletons of ancient Germanic legends about great kings, queens and heroes, and put flesh on them. Kathleen Herbert's encyclopedic knowledge of the period is reflected in the wealth of detail she brings to these tales of adventure, passion, bloodshed and magic. The book is in two parts. First are the stories that originate deep in the past, yet because they have not been hackneyed, they are still strange and enchanting. After that there is a selection of the source material, with information about where it can be found and some discussion about how it can be used. The purpose of the work is to bring pleasure to those studying Old English literature and, more importantly, to bring to the attention of a wider public the wealth of material that has yet to be tapped by modern writers, composers and artists. Kathleen Herbert is the author of a trilogy, set in sixth century Britain, that includes a winner of the Georgette Heyer prize for an outstanding historical novel.